Have you ever had a taste for a particular dish, but when you search for a recipe to help satisfy your craving all the options sound too darn complicated? Because that’s precisely how this super simple Baked Citrus Sweet Potatoes “recipe” was born!

And the only reason I’ve used quotation marks is because the process is so easy it almost doesn’t feel accurate to call it a recipe… A minimal morphing of materials? Sure! A casual combining of components? You got it! But a lengthy and laborious list of instructions? No way, Jose!

It’s said that necessity is the mother of invention, but in this case the same could be said for simplicity. Or is there another word to describe my desire not eat a whole stick of butter with my sweet potatoes during my first ever solo Christmas feast (aka Christmas de Quarantine)? I do love me some butter, but if I’m going to use that much I’d certainly rather it resulted in a decadent dessert rather than a side dish that doesn’t require much dressing up to reach deliciousness. 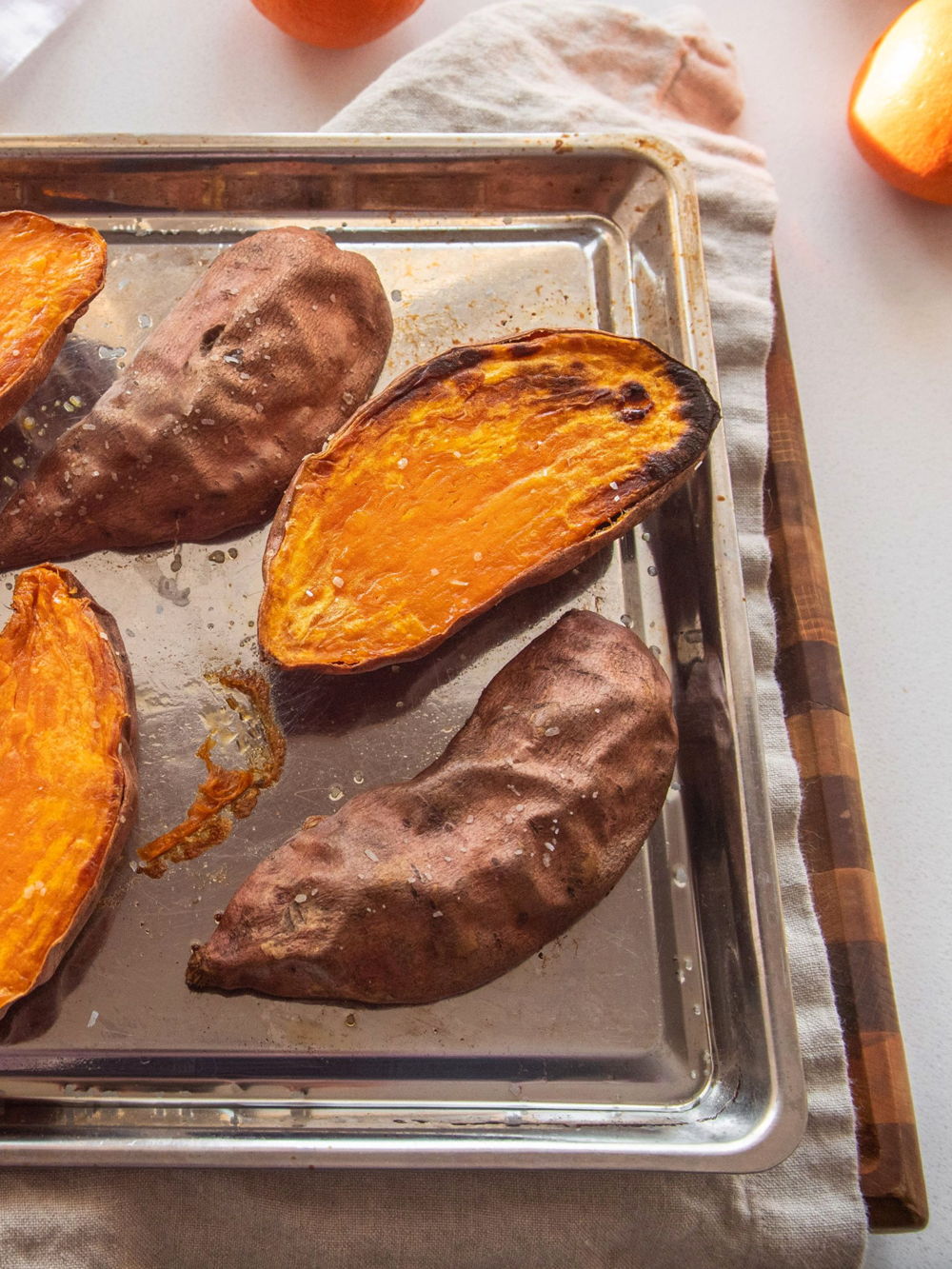 With that said, I’d like to officially announce this as a new submission to the Hahn family cookbook. All of our other posts thus far have been from the tried and true printed collection of recipes our mom gathered during our youth. I always thought of the cookbook as an ever-evolving project and I recall many a meal that ended with a satisfied pat of the stomach and someone uttering, “We should add this one to the family cookbook.” But as society as a whole has moved away from printed materials, so has the Hahn’s recipe gathering process. Which has somewhat slowed the evolution and expansion of our collection.

That is, until now! 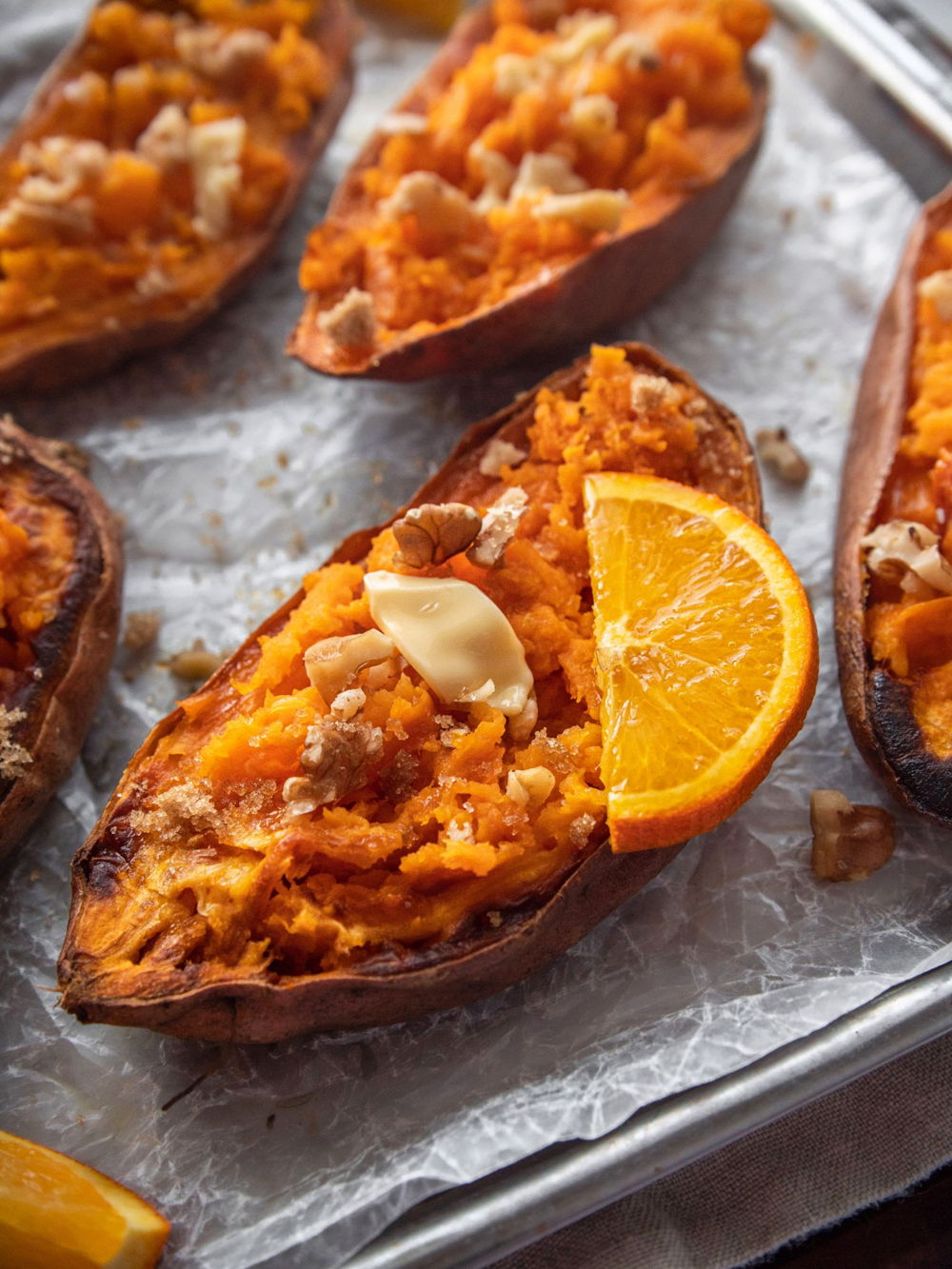 Hahnest Eats will henceforth not only share the recipes of our childhood, but will also incorporate newly developed and discovered dishes that reflect how our tastes and priorities may have shifted over the years.

And if that last bit sounded more like a political speech than a food blog, it’s probably because while writing this post I’m listening to one of the most robust and empowering focus music tracks I’ve ever heard.

Matter of fact, let’s cue the fan to blow a breeze in my hair while I stand confidently gazing toward a rising sun, spilling it’s morning light onto a horizon full of promise and potential, please!

Inspired much? I’m certainly fully jazzed and ready to dig into these sweet potatoes! 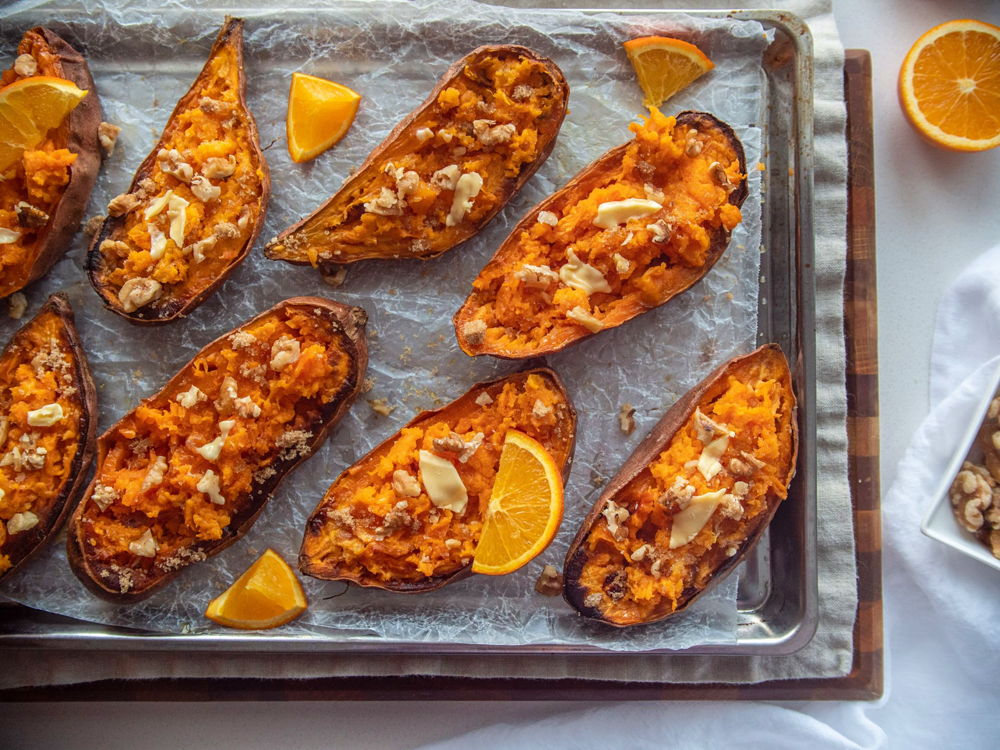 Preheat oven to 400 F. Rinse and scrub potatoes and cut in half. Line a baking sheet with parchment paper (if desired, the paper makes cleanup easier) and coat both sides of potatoes in oil. Sprinkle with salt and pepper to taste and place face down on baking sheet. Bake for 25-30 min, until tender. With more time they will become crispier and slightly caramelized. 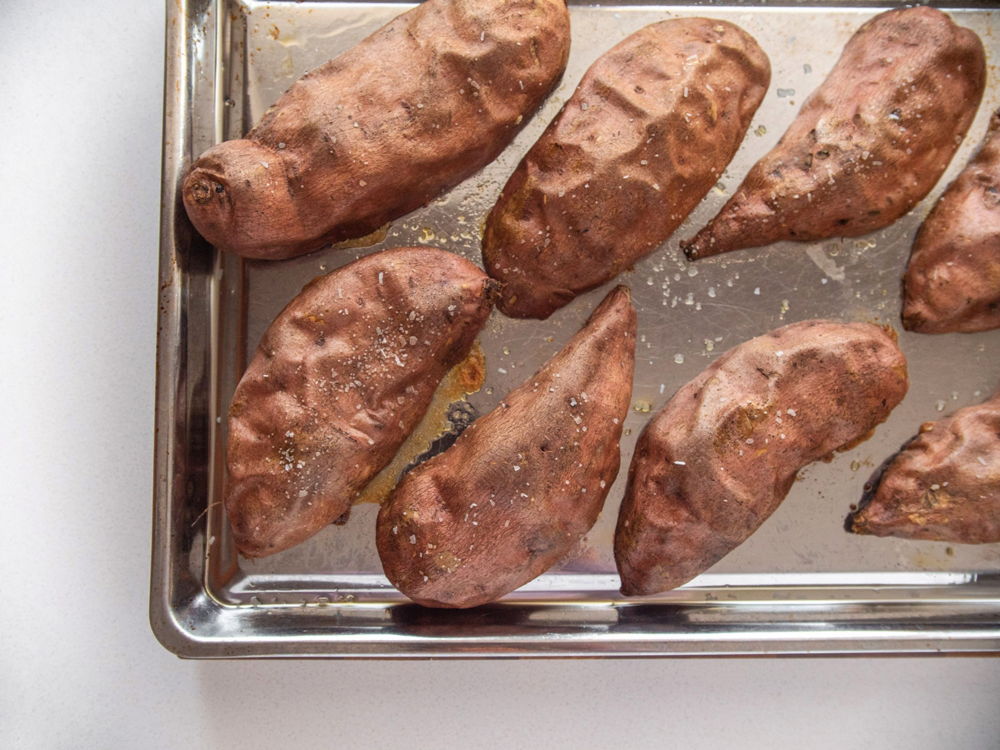 Once potatoes are tender, remove from oven and flip face up to cool. Wash orange and use a fine grater to yield 1/8 – 1/4 tsp orange peel, depending on taste. Cut orange in half and juice* into a bowl with the orange peel. In toaster oven, or a pan on the stove, use low heat to lightly toast the nuts for 3-5 min before roughly chopping.

When the potatoes have cooled enough to handle, use a fork to mash the meat of the potatoes (while remaining inside their skins). Top with pads of butter (about 1 ½ tsp per potato half), and pour in as much orange juice into the potato boats they can hold. This will vary slightly depending on the moisture content of the potatoes and the orange, but about 1-2 tsp juice per half.

Sprinkle each half with nuts and brown sugar on top and serve immediately.

*In a pinch I usually implement the highly refined squeeze-with-one-hand plus poke-with-fork-in-the-other method to quickly juice an orange. Not only is it fast but it’s also a wonderful stress reliever to smush the heck out of an orange. 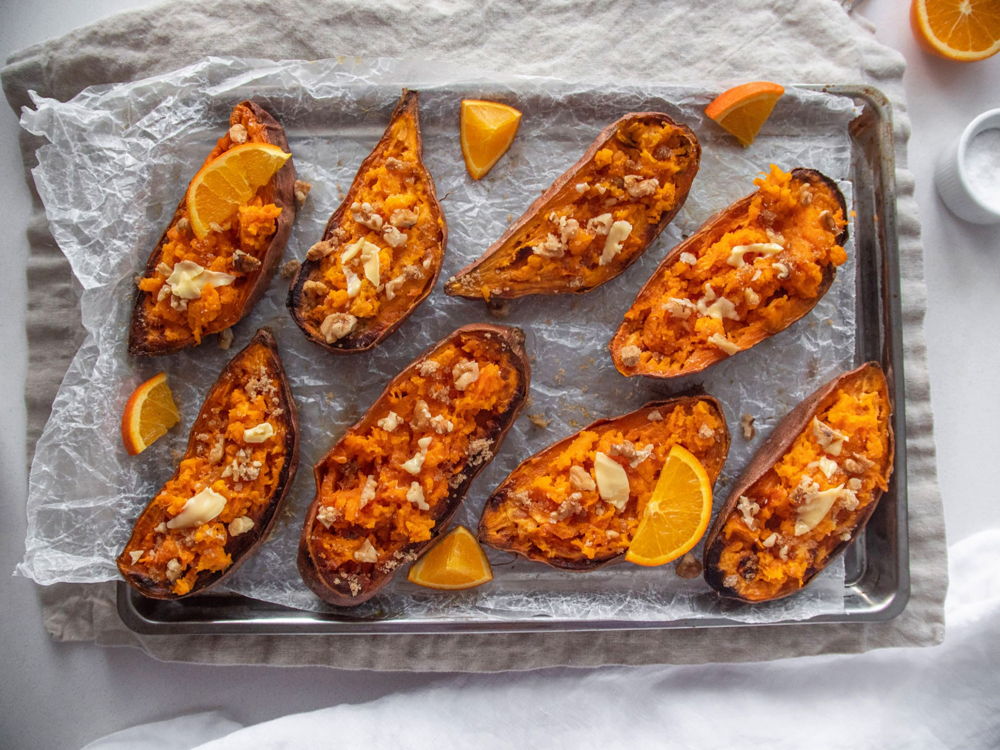 During my last visit to Andy’s house this new recipe survived the family taste test trial called, ‘Dinner,’ like a champ! The sweet potatoes were gobbled up by each judge and received the highest marks from my sister-in-law, Michelle. I don’t recall whether the satisfied stomach pat occurred, but she DID vote the recipe be included on the Hahnest Eats blog. Winning!

I Hahnestly hope it’s a win for you too!